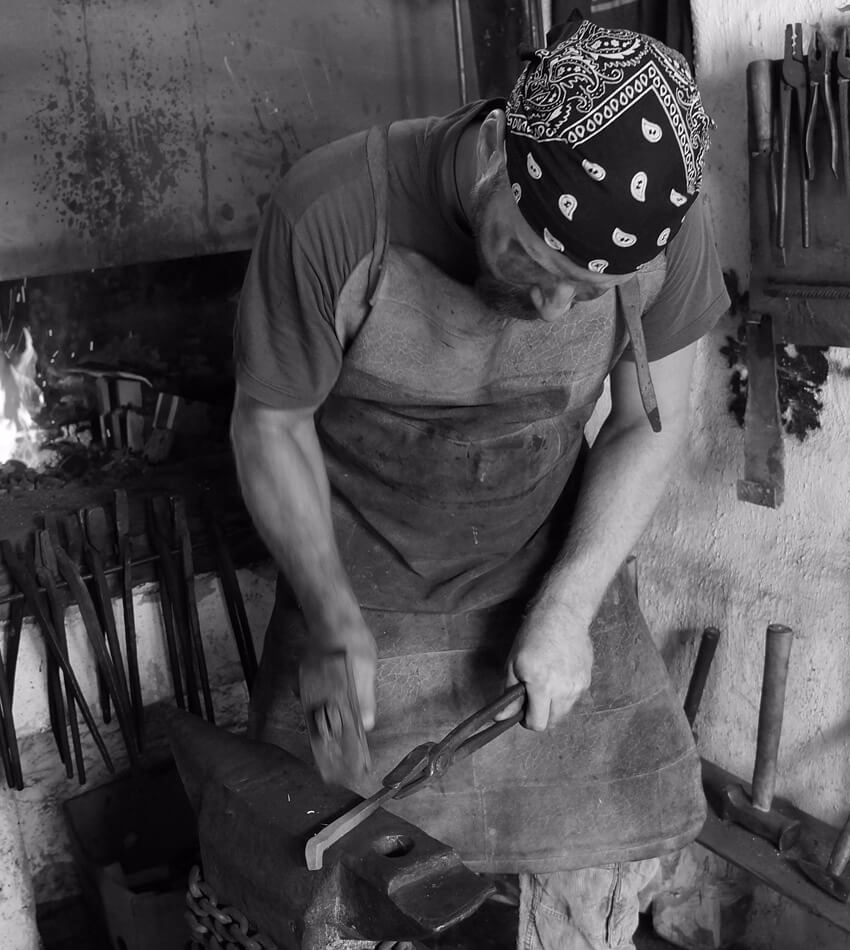 Blacksmithing was an important trade; there was at least one blacksmith in every larger village. When there were multiple blacksmiths in the same village, they would specialize either in toolmaking or horse shoeing.

Toolmakers would forge nails and implements needed in farming, forestry, transporting and building, whereas farriers engaged in making horseshoes and fitting them onto the hooves of working animals.

When a farmer or coachman noticed their horse needed new horseshoes, they took him to a blacksmith. While at the smithy, the owner held the animal's leg and the blacksmith measured the hoof. He then heated and bent the horseshoe to the correct shape, trimmed the hoof and nailed the hot shoe onto it with special iron nails.

A blacksmith's work lasted from dawn, when it was still fresh, till dusk. The skills were handed down from father to son and so were the smithies. Some blacksmiths even acted as dentists by repairing people's and horses' teeth.

They used to be very busy, but today hardly anyone keeps a fire burning in their workshop. Some blacksmiths come to shoe the horses at people's homes.
In the Notranjska region, traditional blacksmithing is being preserved by the Heritage House.