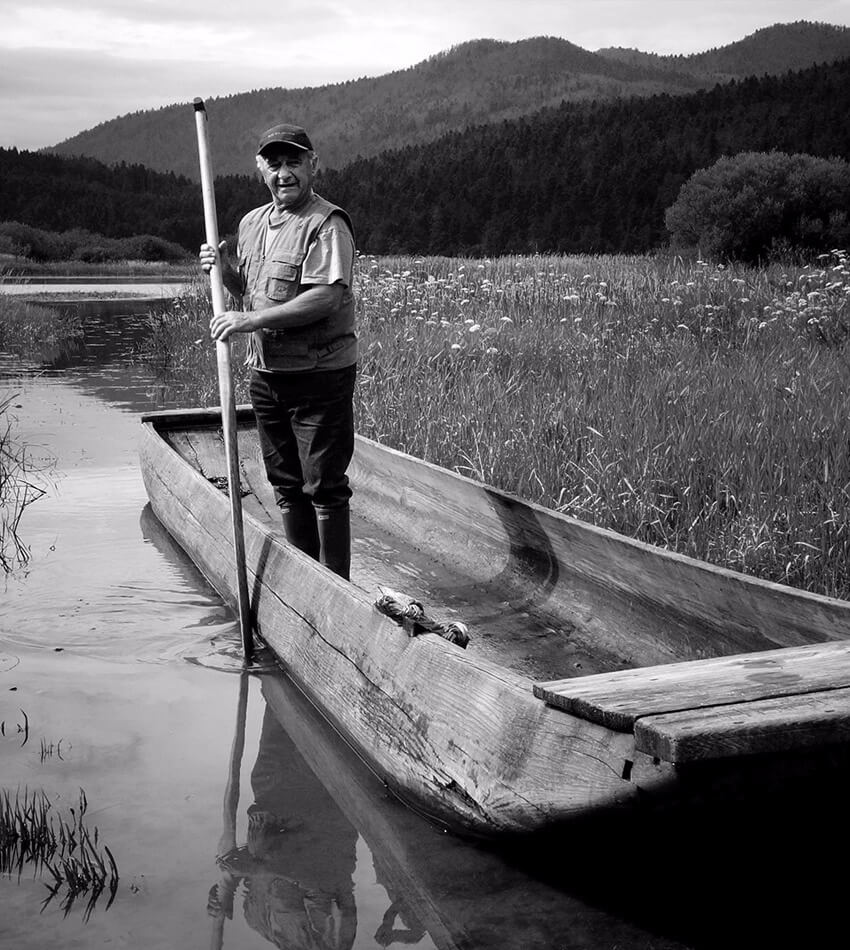 The use of the drevak boat was first described by Valvasor; it was used in the Lož valley, on Lake Cerknica, the Planina plain and the Ljubljana Marshes.

The drevak boat is made out of two trees and features a small draught because of its flat form. Two firs and numerous nails were needed to make one.

Until the 20th century, the settlements of Goričica and Otok were separated from each other when the lake flooded and the villagers from Dolenje Jezero could not access their forests and pastures in the Javorniki hills. Therefore, the boat was of vital importance because it was used to transport cattle, carriages and people, but also to go fishing or hunting. In Dolenje Jezero and Otok, where the drevak was used most often, each house would have two boats, one for the transportation of cargo and cattle, and one for the transportation of people.

Today, its use is disappearing, as it is being replaced by lighter wooden and plastic boats. In the Notranjska region, the making and use of the drevak boat is being preserved and researched by the Heritage House and the Museum of Lake Cerknica.