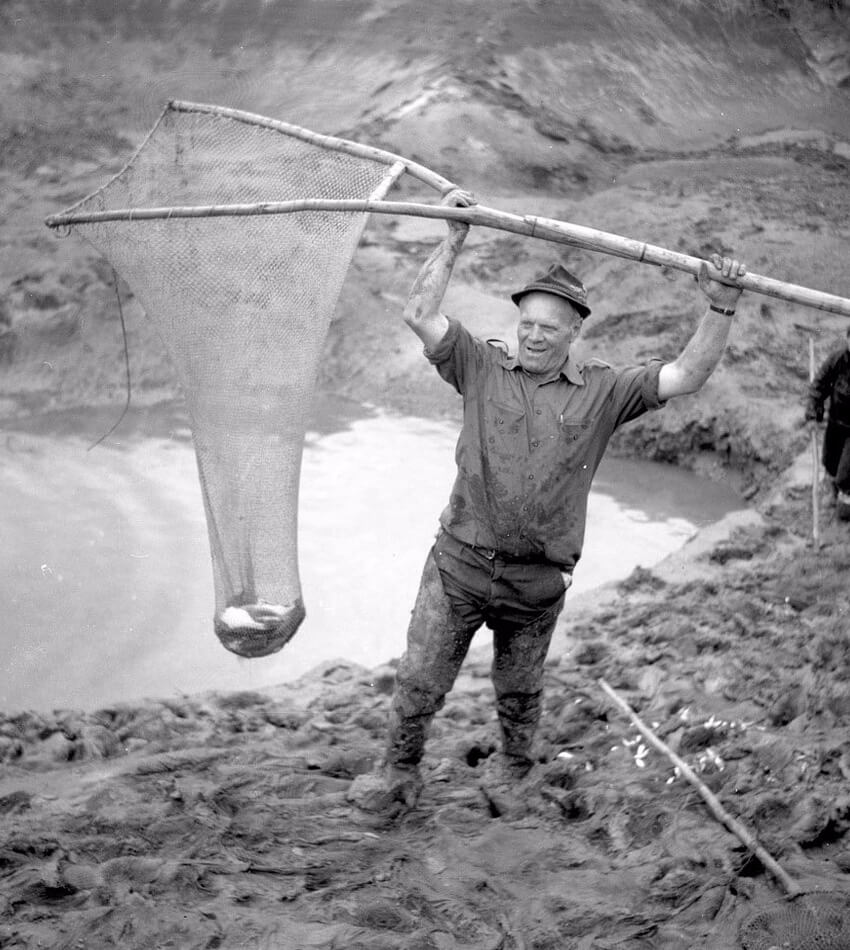 Fishing is one of the traditional activities directly linked to Lake Cerknica.

Old types of fishing, customs and traditions of the local people, bans and exclusive rights related to fishing were already described in the Glory of the Duchy of Carniola from the early year of 1689.

The fishing culture may have changed since Valvasor's times, but it remains to this day an inextricable part of Lake Cerknica and its people.

Today, fishing at Lake Cerknica is regulated by the Cerknica Fishing Association and the Fisheries Research Institute of Slovenia. Fishing is only permitted as a recreational activity to fishermen and members of the Cerknica Fishing Association. Other forms, including poaching, are illegal. Fishermen's main task, which has lately extended throughout the year, is the saving of fish species at intermittent Lake Cerknica. They transport the fish from the draining hollows into the artificial pond behind a section of the lake called Rešeto, where they wait for the water to return.

To see the ethnological collection of old fishing tools and observe the system of draining and filling of Lake Cerknica, visit the Jezerski hram Museum.