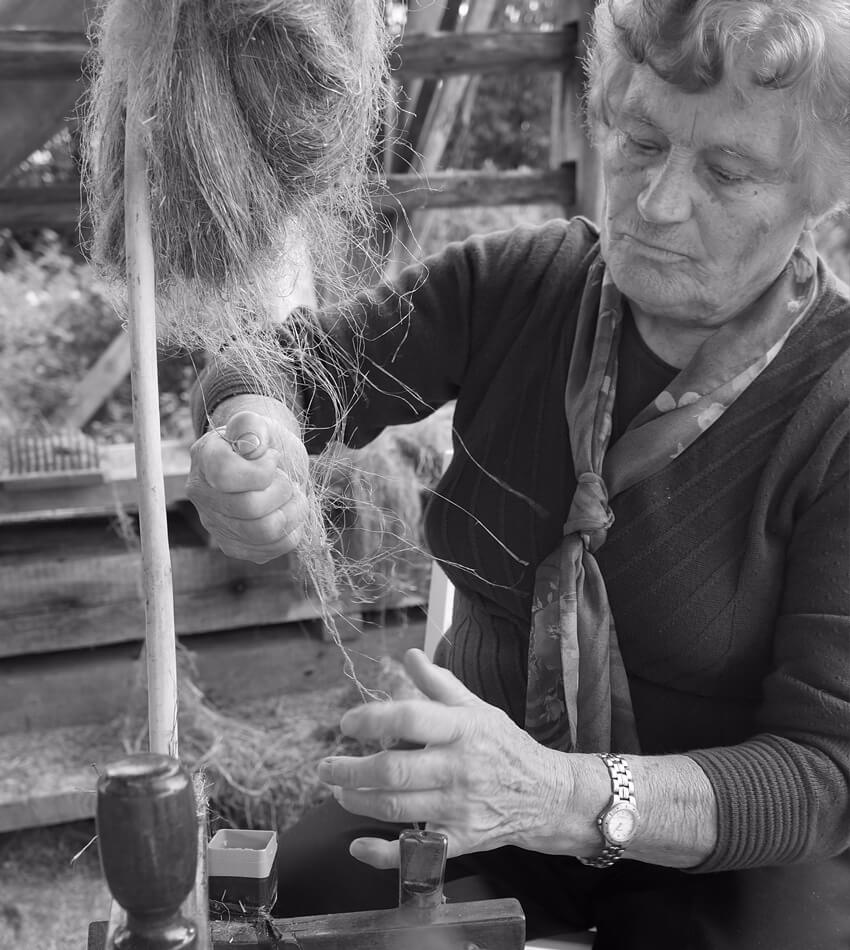 In the past, flax growing and processing was widely spread in the Notranjska region and nearly every house had its own processing equipment.

People usually sowed flax as early as April (early flax) and harvested it in July or August. Flax was never mowed; it was plucked. The plucked stems were first allowed to dry and then the seeds and leaves were separated from the stems. Seeds were extracted from the capsules by friction and the stems were spread onto fields and left to mature in dew. Later, the stems were dried with the help of fire and broken to separate fibres from chaff. The fibres were then heckled into long fibres. They were used for the finest of linen. Short fibres were used for low-quality linen for making bags, sheets and everyday clothing.

Like most cottage crafts, spinning and weaving usually took place in winter when there was no work on the fields. Linen weaving was a predominantly male domain. They made different products from one type of plant: clothing, sheets, tablecloths, towels, bags. In addition to fibres, they also used flaxseeds, with which they treated various diseases, injuries and ill cattle.

With the increased processing of industrial textiles, farm-based flax growing and processing gradually disappeared. In the Notranjska region, this trade is being preserved and researched by the Heritage House.