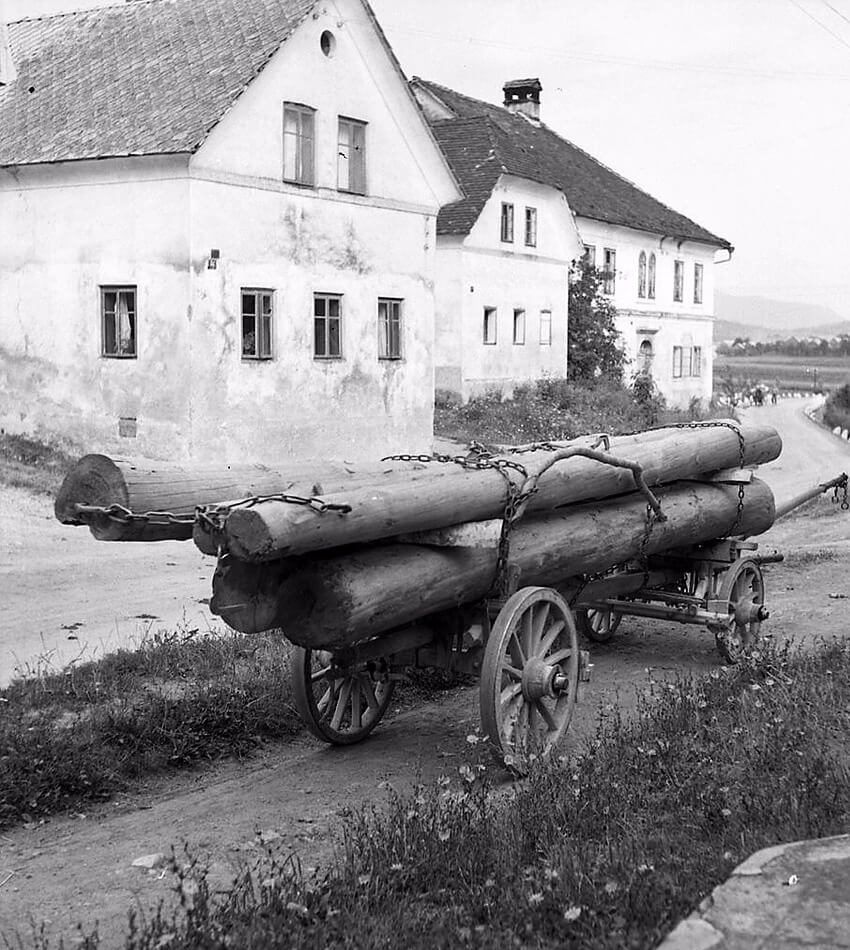 Transport routes in the Notranjska region have always been important in terms of economy and communications because they were the intersection of routes in the direction from Trieste to Ljubljana, the Dolenjska region and Zagreb, the Kočevje and the Kvarner region. Transportation of cargo developed as early as the Middle Ages and then gradually evolved in horse-drawn carriage driving (transportation services).

On their way back, coachmen transported flour and other supplies for farmers, merchants and bakers. The money received for each ride, called fura, was used to feed and shoe the horses, for cart maintenance, some was brought home and the rest was left in inns along the route. Horse-drawn carriage driving was an important source of income for the local people because it contributed to the creation of an interesting bond of several different trades, ranging from blacksmithing to saddling, and wheeling to inn-keeping.