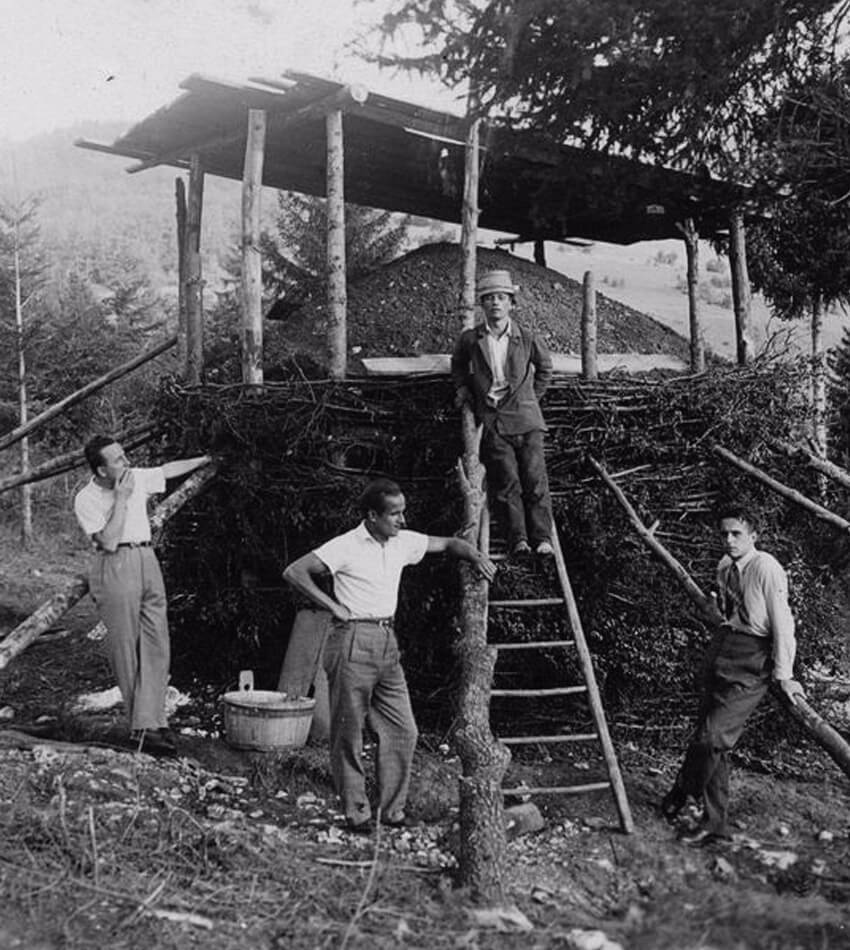 Considerable amounts of limestone and firewood made lime burning one of the activities with which the local people earned their living. Limestone was stacked into a special lime-kiln, called apnenica, and the fire was lit up. This released carbon dioxide and produced burnt lime – calcium oxide (CaO). When the latter was sufficiently burnt, the kiln was left to cool for a few days. The burnt lime was then slaked with water in order to get slaked lime – calcium hydroxide (Ca(OH)2).

Similar to lime burning, charcoal burning was also very common in the Notranjska region, as the vast forests provided almost an unlimited amount of firewood. Organized charcoal burning started to develop towards the end of the 18th century. The largest consumers of charcoal were ironworks, but later it was mainly used in blacksmithing. Charcoal was made from all kinds of wood. A good charcoal-maker could derive about 100 kg of charcoal out of one cubic metre of beech wood, provided the procedure went well and the conditions were good. Charcoal burning reached its peak during both wars. The grave situation forced small owners to offer their plots of land to charcoal-makers, who exploited the forests inconsiderately.