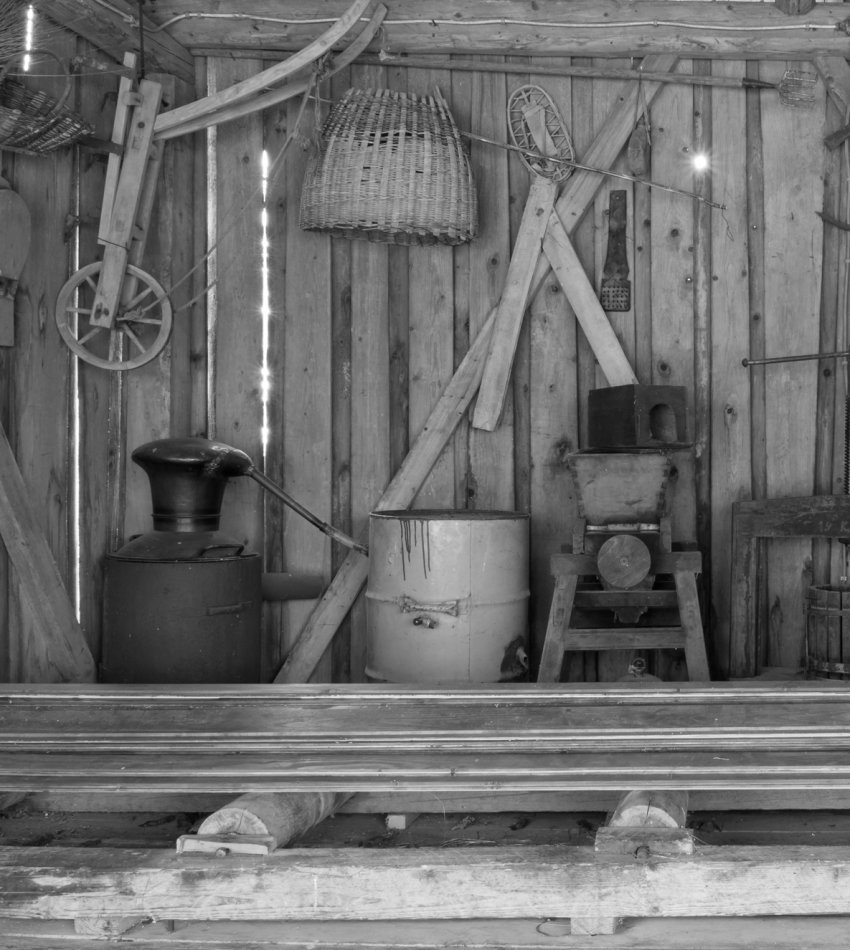 Spirit was distilled from fruit grown in the high-trunk orchards in farmers' gardens. For distillation, only the damaged fruit was ground; the rest was consumed. The ground fruit was then sealed in large barrels, soaked and allowed to ferment for about six weeks. When fermented enough, it was ready for distillation.

The latter took place in copper stills and the entire process required great patience. Spirit makers had to make sure they didn't burn the wash and that only a thin stream of spirit trickled out of the still. The spirit was distilled twice. Namely, the first run produced a distillate called nanga with a maximum alcohol content of 20%. The second run first produced the middle cut called cvet with an alcohol content of 80%, which was only used for disinfecting wounds or massage in rheumatism. The cvet was followed by the genuine spirit with an alcohol content between 46 and 52%.

After the distillation, the spirit was poured into wicker-wrapped glass containers. When spirit was being made, a lot of friends would come together, sing and enjoy themselves. It was consumed when families slaughtered pigs and during hay-making season to encourage the hay-makers. In some cases, all the spirit was consumed simultaneously as it was being distilled, so people had to buy it from their neighbours in order to pride themselves with what they produced. Spirit making was a pleasant and merry occasion. Today, you can see the stills and buy genuine spirits from the Notranjska region on the T'dolenj farm in the village of Laze pri Gorenjem Jezeru.