Circular trail starting in the village of Dolenje Jezero, leading through the Dolenja vas village, along the Javorniki foothills to the village of Otok and back to the starting point. There are plenty of views of Mount Slivnica and the lake, and cycling in the fresh Javorniki forests is also pleasant in summer.

Starting point is at the parking lot at the end of the village of Dolenje Jezero from where you set off back to the village and turn left on a macadam road towards Dolenja vas. After about 2 km you arrive to Dolenja vas, cross the bridge and turn left. Soon the ascent starts, at the top you have a chance to stop at Cvinger lookout, which offers great view on our biggest intermittent lake.

There the 10-km ride along the Javorniki foothills begins, during which you can enjoy some magnificent views of Lake Cerknica and Mount Slivnica. The trail also takes you past the ruins of Karlovec Castle, which is connected with the legend of the creation of the lake, above the Jamski zaliv cove with ponor caves such as Velika and Mala Karlovica and above Skadulca cave. After about 10 km you get to the intersection where you turn left towards the village Otok, the only Slovenian island village. From the village you only have a couple more kilometers of flat road along the Lake Cerknica shore and you get back to the starting point.

Last part of the tour also follows the "Drvošec" educational trail, so you can stop at one of the three lookouts ("Kuharca", "Klejni vrh" or 10 meters high "Otočec" tower). 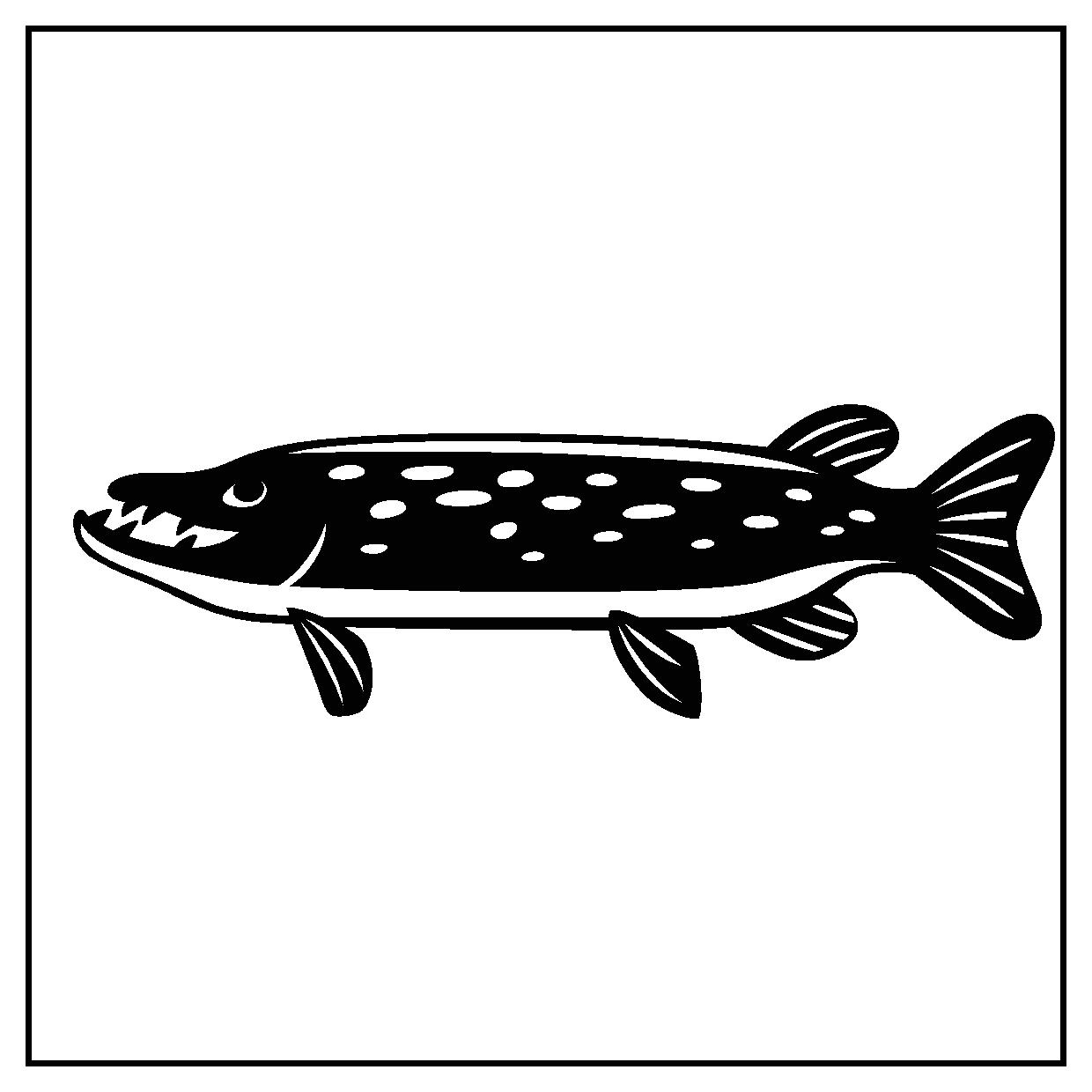 The trail is marked with a pike icon, which you can follow on the markings on the pillars throughout the trail. 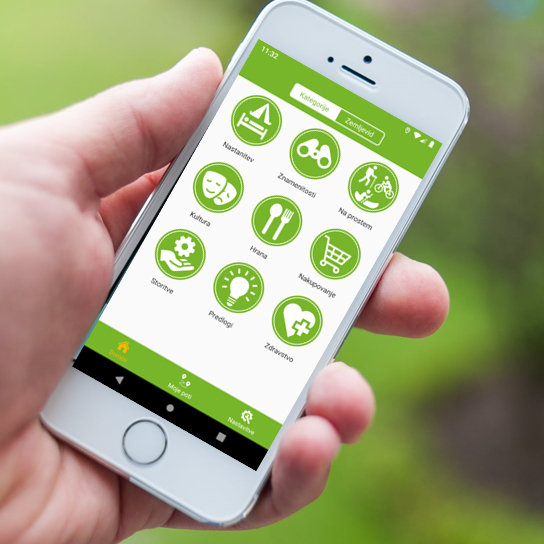 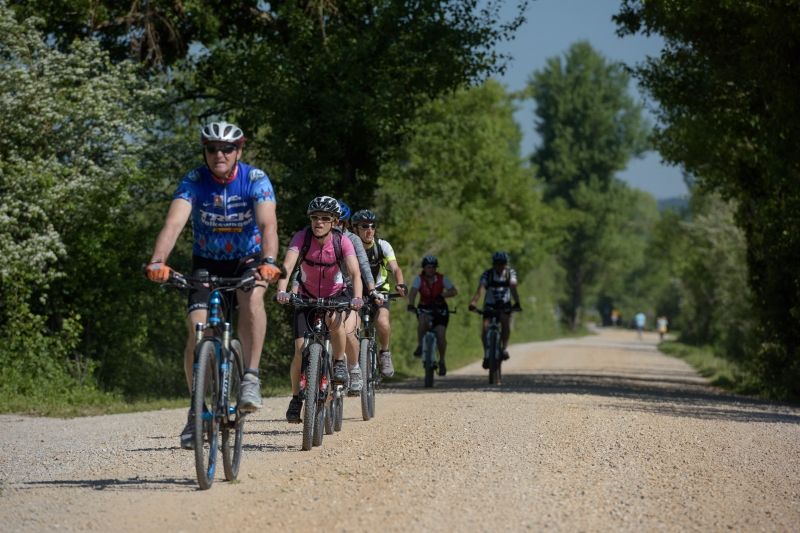 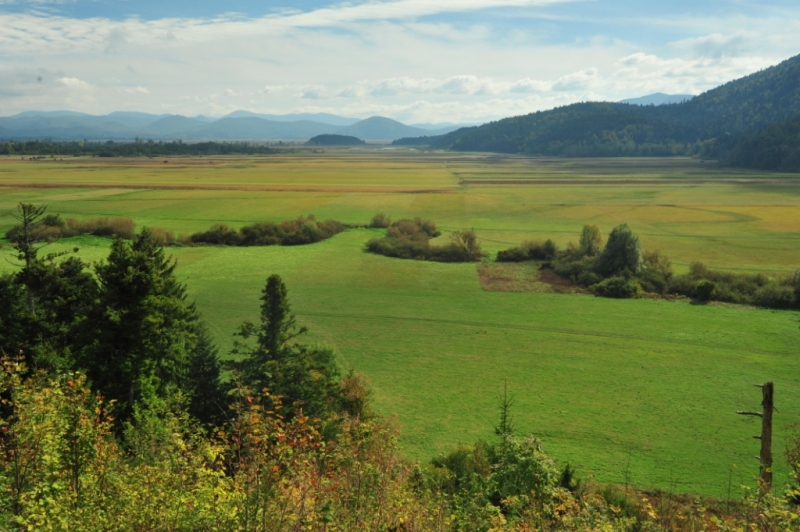 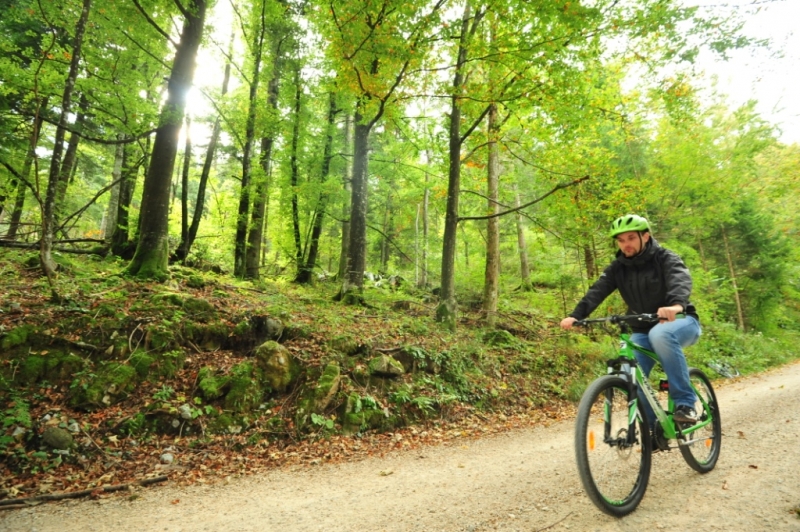 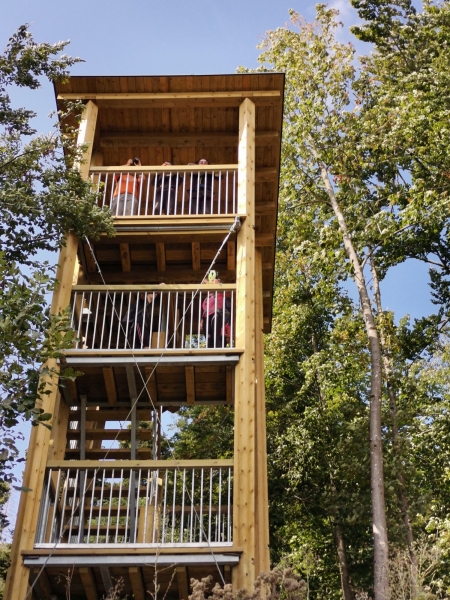 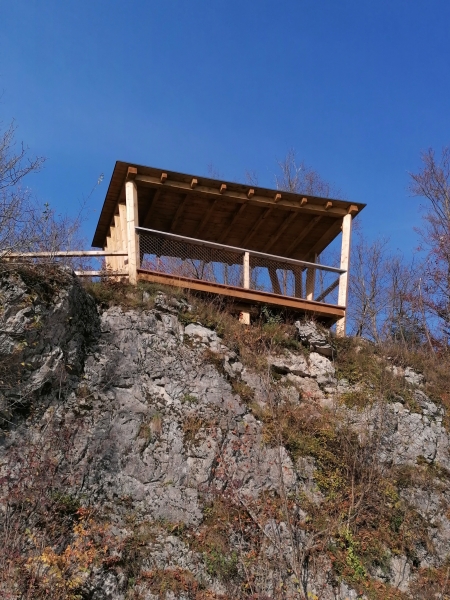