Starting point is at the parking lot at the end of the village of Dolenje Jezero from where you set off on a macadam road. After about 1.5 km, keep right where there is a minor 500-m climb. After making the climb, turn right towards the village of Dolenja vas. The ride along the Javorniki foothills provides some magnificent views of Lake Cerknica and Mount Slivnica. The trail takes you above the Skadulca cave, then past the ruins of Karlovec Castle, which is connected with the legend of the creation of the lake, and above the Jamski zaliv cove, with ponor caves such as Velika and Mala Karlovica. After a 6-km ride, you arrive to Dolenja vas, where you cross the little bridge to your right, behind the village fire station. Two more km and you return back to the starting point in Dolenje Jezero. 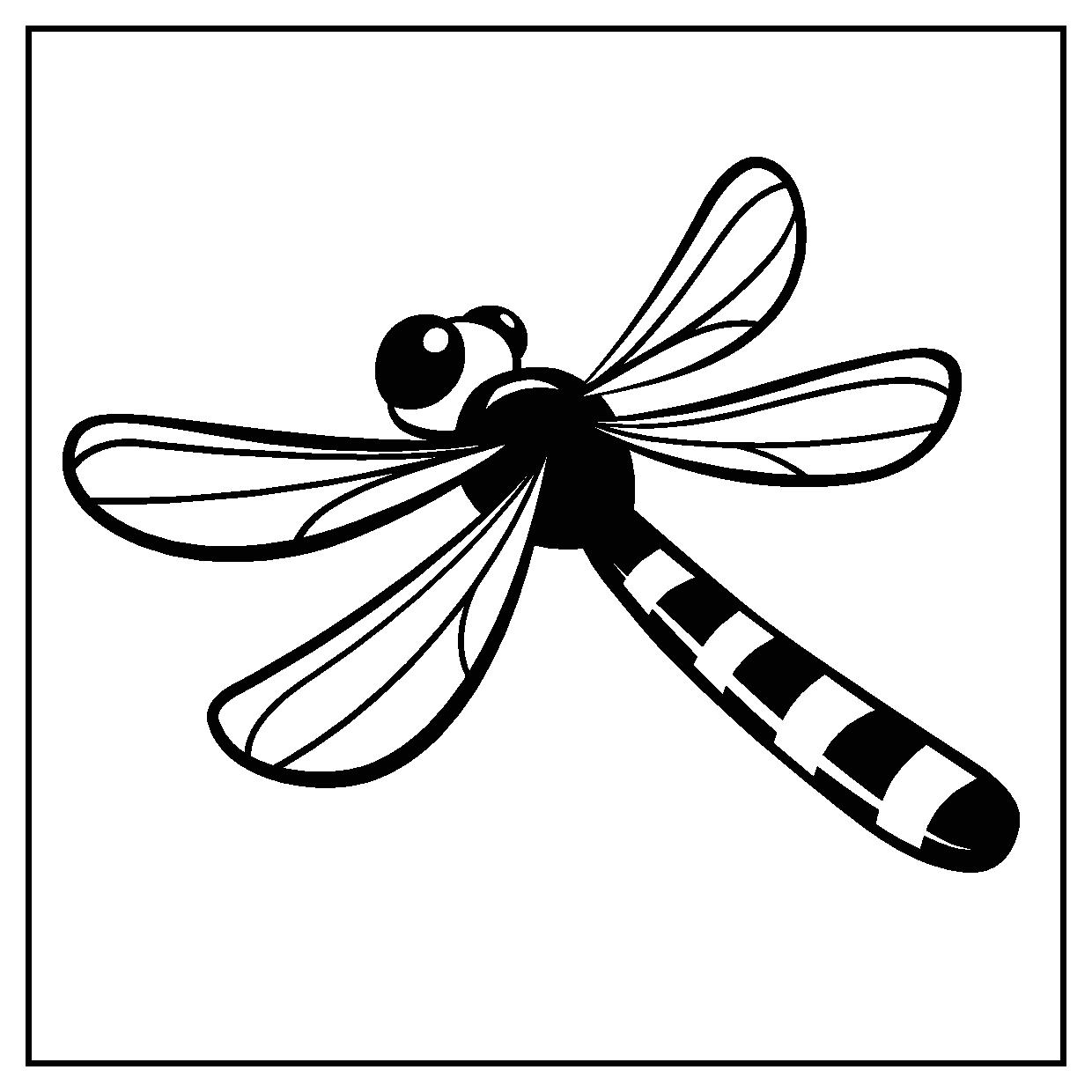 The trail is marked with a dragonfly icon, which you can follow on the markings on the pillars throughout the trail. 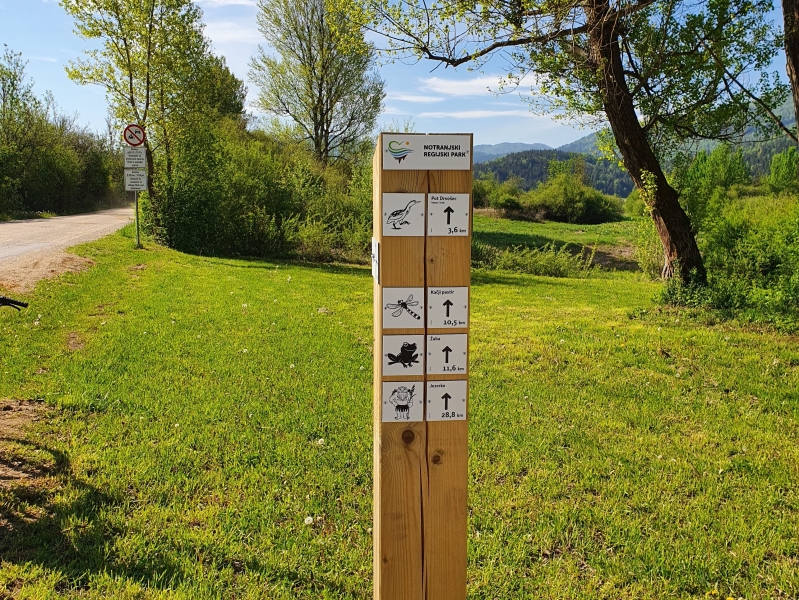 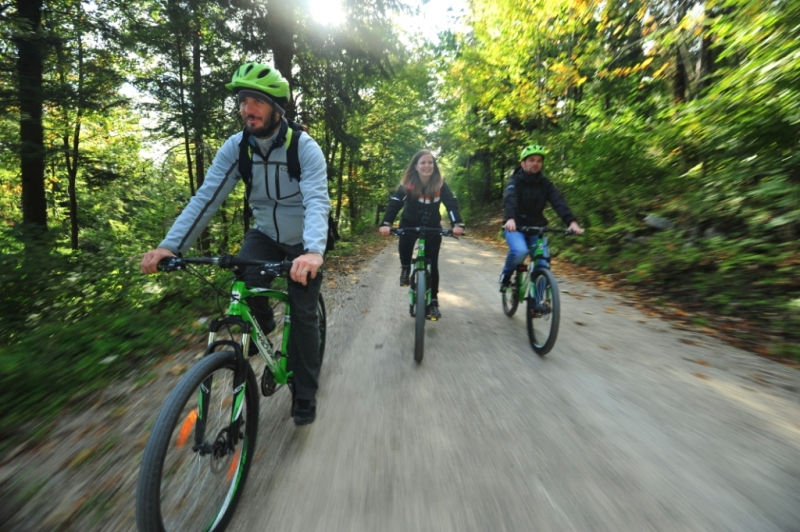 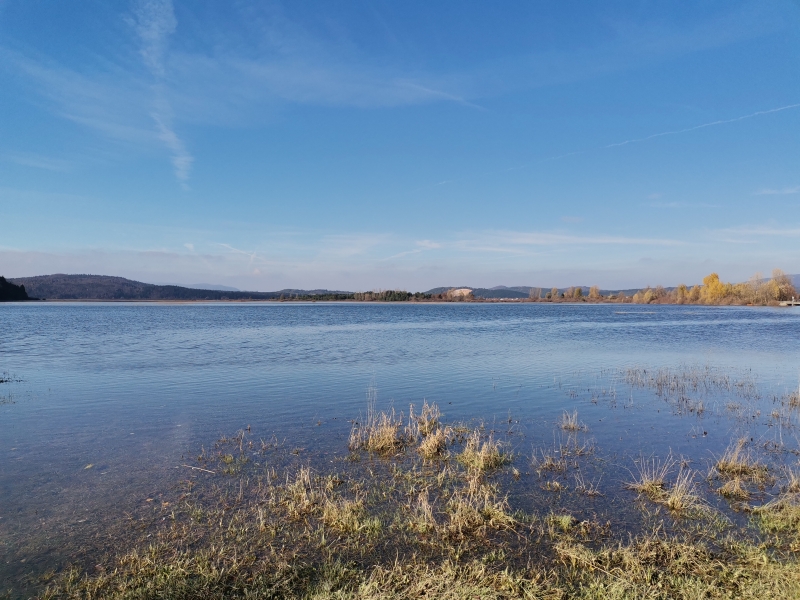 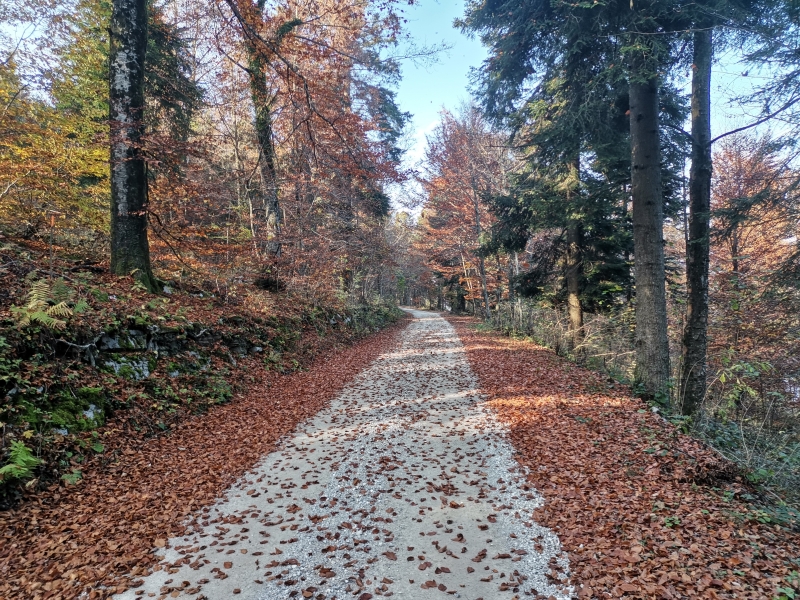 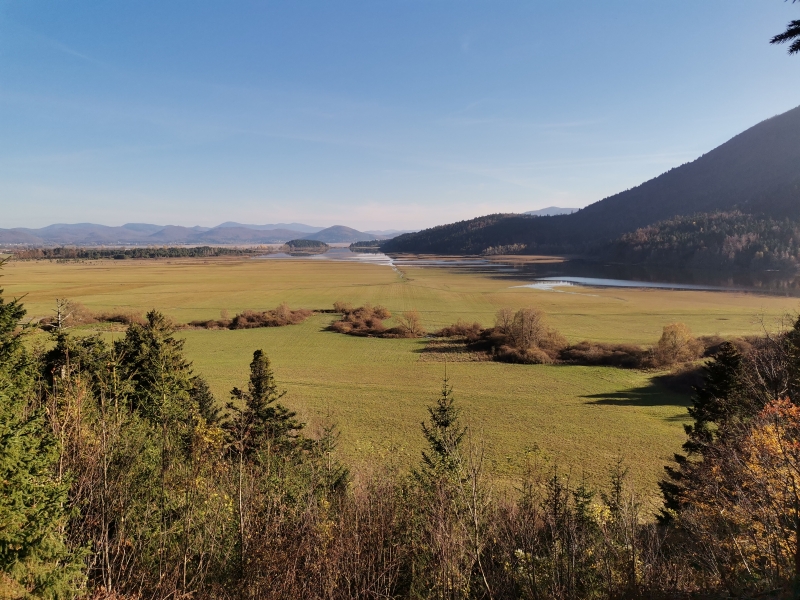 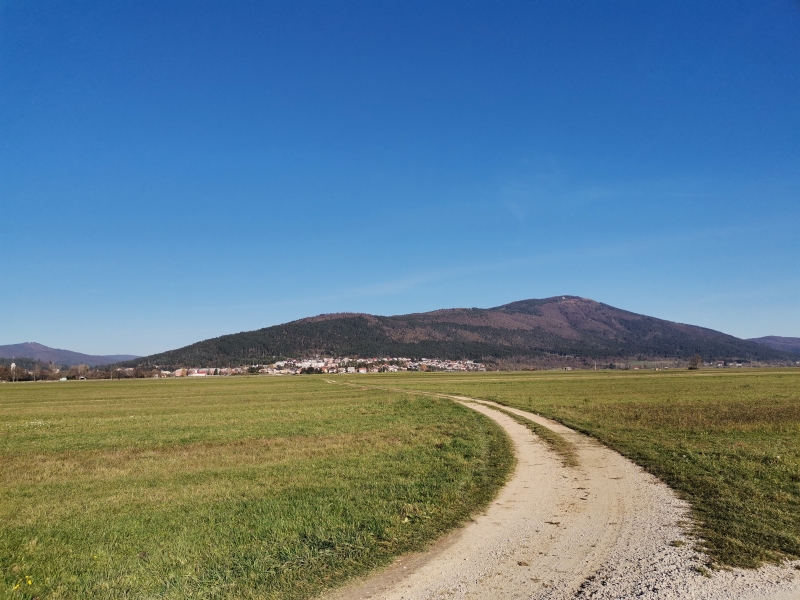